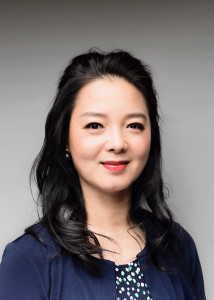 With teacher certification from the Beijing Dance Academy, Tracy Yue is a young choreographer and educational performing artist who has rich experience in both stage performance and dance teaching.  In addition to Chinese classical and folk dance, she specializes in ballet and contemporary dance.

Tracy participated as the lead dancer in a variety of major art shows, including: the CCTV Chinese Spring Festival Gala, the opening ceremony of the 1999 Artistic Gymnastics World Championships, and the renowned Chinese folk dance drama “Jinwei Reclamation”.  In 2004, she was the sole choreographer and instructor of the ten dances of “When conflicts meet love” – the first musical drama directed by the Chinese community in Vancouver.  She has years of acclaimed experience in the dance arena that includes choreography, direction, performing, and teaching, and has been the adjudicator for the Pacific West Performing Arts Festival for several years.

Tracy exhibits outstanding directorship in planning and operation of the 6th China International Advertising Model North America Regional Contest in June 2014, which cumulates in her appointment as an adjudicator in the final contest held in Beijing.  In 2016, Tracy successfully organized the first Vancouver World Dance Competition, which was attended by dancers from various countries and Vancouver.

Tracy’s dance school, the Vancouver Beauty Dance World, was founded in 2008 in Richmond and the new campus in Coquitlam was opened in 2010.  “Dancing Passion”－the grand performance showcasing the skills and talents of both teachers and students－ has been organized by the school incessantly for ten years.  In 2010, Tracy delivered her personal dance performance “Dancing Maple” with overwhelming success.  In March 2013, as part of the 5th-anniversary celebrations, the school collaborated with Bethune Baiqiuen Canadian Alliance to raise funds for improving the medical facilities in the rural areas of China.  Over these years, Tracy has worked closely with her students to help realize their dreams – winning titles in a number of beauty pageants and awards in varied dance competitions. 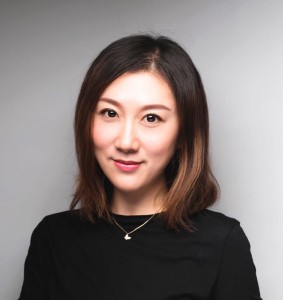 Lulu Tian is a graduate of the Dance Academy of Shenyang Conservatory of Music in China, with a major in Chinese Classical Dance.  She undertook further studies and advanced training at the Vienna Conservatory of Music in Austria and the Beijing Dance Academy, and received her teacher certification from the latter.  Lulu has taught at the Shenyang Arts School, and helped many of her students embark on their journey of professional dance by getting accepted into the prestigious dance programs in the country.  She has also taught at Shenyang Cultural and Art Centre, working with students at the amateur level using her unique method.  Lulu communicates well with all ages, and excels at individualized training.

Her specialization includes: Chinese Dance (Classical, Folk, and Ethnic), Contemporary Dance and choreography.  Indeed, her talents and skills in directorship, choreography, and instructions have contributed to the success of a number of major performance events organized by the provincial and city authorities in China.  In the Sixth Cultural Festival of the Shenyang City, Lulu received awards in recognition of her distinguished directorship and instructional teaching in dance.

Mabel Loc is a professional certified teacher of the Royal Academy of Dance and the Australian Conservatoire of Ballet.  With a university degree in arts education, she has more than 20 years of ballet teaching experience.

Her notable ballet performances include: “The Dying Swan” solo dance, the second act of “Giselle”, the “Classic Four-person Dance”, a duo dancer in the “Swan Lake Pas de Deux”, and the “Myth of Fox” musical drama.

In addition to her accomplishments in ballet, Mabel is well established in musical stage drama.  She founded the “Musaeus Art Studio” in Macau, and was the president and choreographer, participating in many large-scale musical stage plays.  She also learned from Mohamed Drissi – the art director of the Hong Kong 3 Arts Musical Institute – jazz and dance drama, as well as Broadway musicals.

After immigrating to Vancouver, Mabel participated in one of the roles of “Caged Beasts” for the DramaOneVan, and choreographed “Chorus of Love” for the Fountain Theatre.  She is currently a ballet teacher with the Vancouver Beauty Dance World. 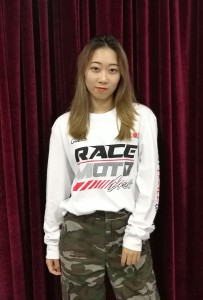 A graduate from Emily Carr University of Art and Design – Nancy Tseng is young, energized, and passionate in dance.  While she started her journey to learn dance more than 10 years ago, she has been a dance teacher for 5 years.  Emphasizing the importance of understanding and proper execution of movements, Nancy’s teaching has been recognized as very detailed.  In addition, with a background in art and design, her dances are always enriched by the new perspectives she put in for both form and function.  Through her experiences as a performer, instructor, and team member, she has built a variety of techniques and styles, and is committed to create an enjoyable and positive atmosphere in her classes.

As a teacher in K-pop and Jazz at VBDW, Nancy has been leading her students to perform in the school’s annual performance show – Dancing Passion, and various arts festivals for three years.  Not only her performances are well received by our parents and the audience, but also her efforts have led her students to win awards at dance competitions.

Carrie Zhang – our young teacher born in the 1990’s – started to learn dance at the age of 4. She claimed to fame in her very first dance competition in 2003, when she won the first place in the Youth Category of the Seventh International Dance Competition in Munich, Germany. Since then, Carrie has participated in various dance competitions, both domestic and international. In 2006, she went to Korea and received a gold medal for her first-rate performance in an arts exchange event for Chinese and Korean youths. With outstanding credentials, Carrie was accepted into the People’s Liberation Army Arts College in 2007, where she received professional dance training, and devoted her career to dance. Indeed, dance has become part of her life. Currently, Carrie is a performer with the VBDW Vancouver Youth Dance Company, and a teacher in Chinese dance and Ballet at our academy. 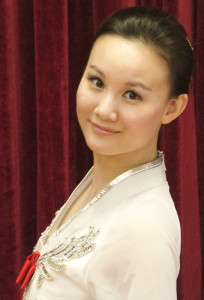 Mona started dancing at the age of three.  She completed the top grade (Grade 13) of the Beijing Dance Academy Graded Chinese Dance Examination Syllabus (CDEC) at the age of 15and is now a certified teacher of the CDED.  During her dance study at the Hong Kong Academy for Performing Art, Mona was selected to collaborate with the Hong Kong Dance Company in the large-scale dance performance “Journey to the West” and as a student representative for the “Shanghai Cultural and Arts Festival”.  In Vancouver, Mona founded the Chinese Dance Club at Burnaby Mountain Secondary School, where she worked for the course planning, teaching and  choreographing.  Mona joined the Vancouver Beauty Dance World as a Chinese dance teacher in 2011.  Her teaching excellence is greatly appreciated by students and teachers.  Apart from teaching, Mona is also a performer of the VBDW Vancouver Youth Dance Company.  She is the 1st place and 2nd place winner in the National Solo Category of the Raise the Barre Dance Competition and Surrey Festival of Dance respectively. 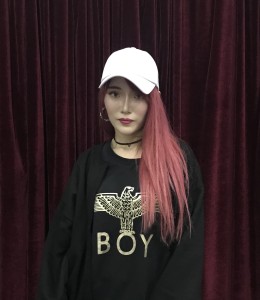 Kaykay has spent her lifetime pursuing her passion and love for dance, and is well versed in a wide variety of genres such as hip hop, street jazz, ballet, Latin dance, and k-pop dance.

She has trained and performed internationally in a variety of fields.  She is currently teaching group and private dance classes in k-pop, hip hop and street jazz.  Her teaching is energetic and on the trend.

Her passion in dance and all her performance credits will take every student to grow in the dance field.